A cheering and unifying day with big news and reliefs in and out of the hall with both Green New Deal motions passing including the one with the explicit 2030 target in it and obviously the Supreme Court judgement dropping during Rebecca Long Bailey’s speech before that debate. I ducked out of the hall to watch the announcement at the BBC stand and came back to hear the end of the speech which was pretty good although I think she misspoke on the location

During the debate there was a lot of enthusiasm and far stronger speeches for the 2030 commitment but if the only unions with us were the FBU and TSSA the vote would be close. I knew the 2030 commitment would pass when a speaker for Unite announced that they were backing both motions. Combined with the clear CLP support in the room that made clear it would pass which it later did on a show of hands without needing a card vote.

Debates opened on homelessness, local authority cuts and housing. Harrowing, powerful personal stories about the state of the modern UK. The diversity of the speakers and quality of the speeches was very high. That such a platform is provided is I think a powerful part of conference. I haven’t been counting but I suspect more women have spoken than men, with a number of speakers with disabilities too.

Competent and with a lot of good bits but for me it didn’t deliver a clear overarching narrative. Audience was very enthusiastic and I joined in. I want be clear there was nothing wrong with the speech and all the bits were good but there was just something lacking as an overall whole. Possibly hard to deliver such a coherent story in the midst of rewriting and advancing the speech by a day (it was meant to be closing the conference on Wednesday but advanced by the prorogation being “unlawful, void, of no effect and should be quashed” which Corbyn quoted from the judgement and applied to Johnson. Interestingly there was clearly a decision that shouts of “oh Jeremy Corbyn” would be unhelpful and music was played after the end of the traditional songs (cards with lyrics were distributed through the hall for people like me who don’t know either The Red Flag or Jerusalem. 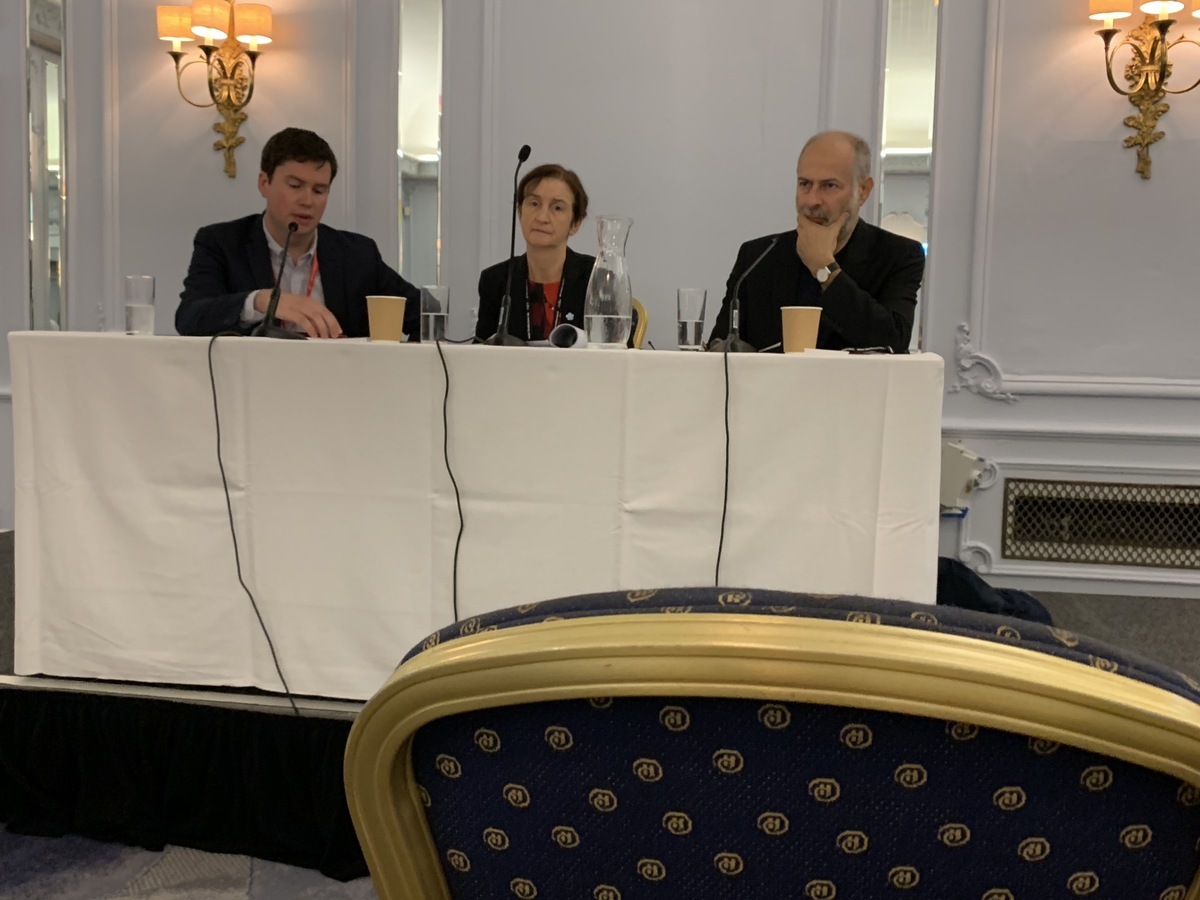 As an aside from conference that judgement now forms a significant part of the documentation of our constitution setting out as it does in much clearer way than they have previously been done where the boundaries of the three branches of government’s responsibilities and powers lie. It is very readable and includes a significant amount of background material I think in the knowledge that it will be read and relied on for centuries (if the UK survives and doesn’t fully replace by a single codified constitution. The judgement will probably be a major part of answers to A-level politics (and probably law exam questions) for many years to come.

Good opportunities to raise issues with shadow ministers. Scheduled before and after the sessions in the main hall on particular topics. Not possible to attend all of them as they clash.

Economic - Policy forum. Didn’t really happen due to rescheduled leader’s speech, but I got to chat briefly with a couple of policy people. I discussed concerns I have about the detail of policies such as the salary multiplier cap potentially having perverse incentives that encourage outsourcing of the lowest paid rather than increasing their salaries.

Debates continued on homelessness, local authority cuts and housing and started on international policy and immigration.

All the motions passed almost unanimously including the Immigration one which is very supportive of free movement and immigrants. Policies included ending immigration detention, allowing all residents to vote (not just UK citizens)