I’m going to jump into the main controversy of the day: the Brexit votes.

I voted for composite 13 (that Labour should adopt a remain position) and I also backed the other motion that confirmed the referendum in all circumstances composite 14 (current policy and was compatible with the remain position one). I voted against the NEC statement (which was before the other votes).

While a strong remainer myself it wasn’t an easy decision for me and I'm slightly disappointed rather than anything more. I’m not fully convinced that the current referendum position isn’t sufficient but I don’t like the NEC statement policy of a special pre-referendum conference very much either (seemed to have been rushed together and I’m not sure it should really be the priority when the campaigning should be starting). The way it was introduced and presented separately in the morning session and being voted on before the main composite Brexit motions didn’t sit well with me.

I’m very confident that the votes were called correctly and the chair just misspoke at one point (when she reversed). From my seat at the back of the hall it looked much more clearcut than some of the ones called as card votes on days 1 and 2. While Unison was backing the remain position the other unions including Unite and GMB were with the NEC. There was sufficient split that a card vote would have been reasonable but from looking at the room and knowing where the big unions were I’d be surprised if more than 40% were backing the remain position so I don’t think it would be good for Remain and it would spread the split story out another day as the result wouldn’t be out until the morning.

The debate itself gave an indication of where the vote was going to go and in addition to probably having slightly more speakers those not advocating a remain position actually did a better job and were probably more persuasive. They largely presented as (and I think were) remainers favouring a position that made space for the few leavers in the party and to appeal to the whole country rather than narrow the audience. They also made it about supporting Jeremy Corbyn. The supporters of a remain position mostly missed the mark; while doing a reasonable job of presenting as supportive of Jeremy Corbyn they spent the bulk of their time arguing for remain against leave rather than selling. Whether a member believes the UK should remain is not the same as thinking that Labour should campaign for the UK to remain and it is that latter that there was a failure to convince on; while the other side pitched the unity angle well.

Emily Thornbury who gave the opening speech of the debate was very powerful across the sweep of international issues and indicated that conference should vote for a remain position. Keir Starmer who closed the debate was workman like, making good points but lacking dynamism and not getting the crowd going. Maybe he had seen how the debate had gone and was trying to calm the room down. He did describe how Labour had delivered on the commitment from last year’s conference: blocking May’s deal, blocking no deal, and keeping a referendum with a remain option on the table. Obviously now it is confirmed policy in every condition. 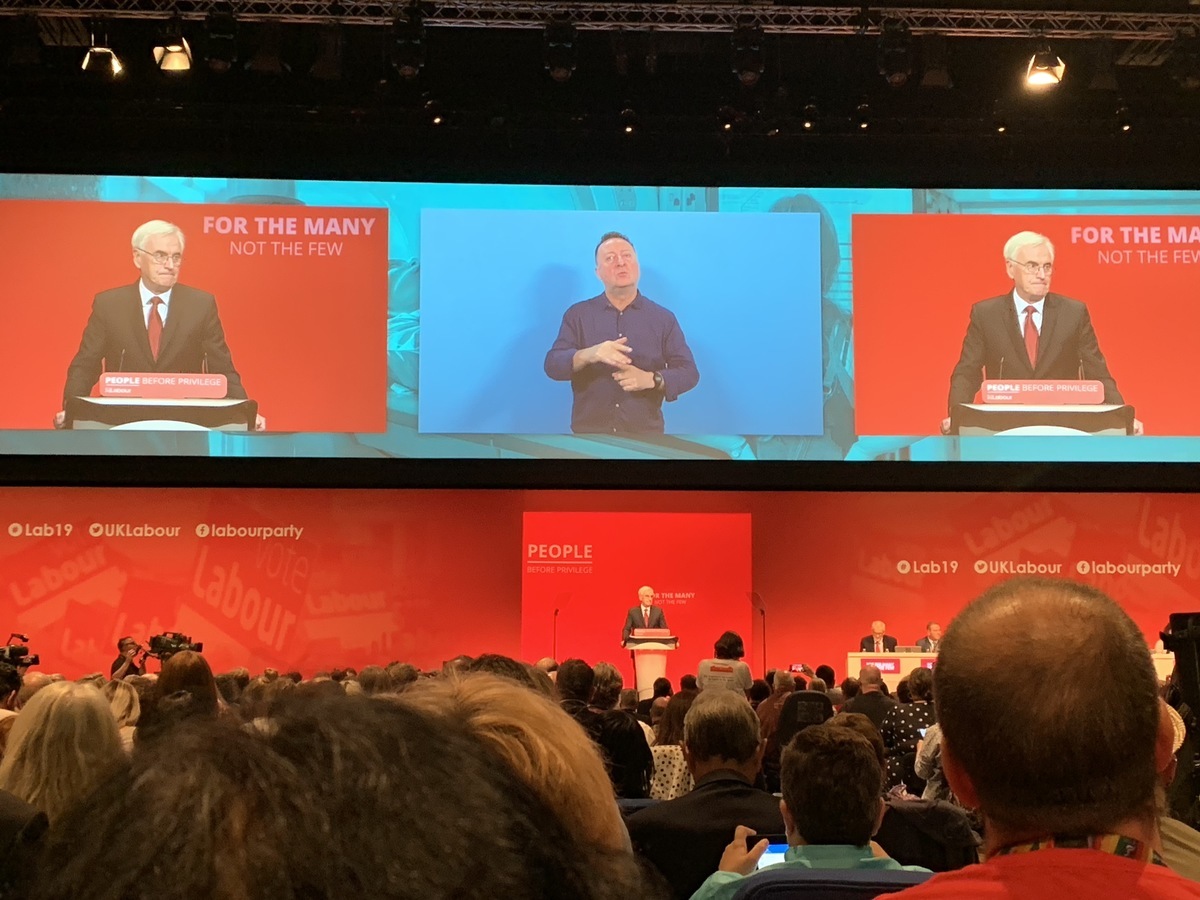 Good speech, lots of support in the room but not the level of love that Diane Abbot got from the room.

What is financialisation and what can come after it? (The World Transformed)

Joined the session late with the packed tent overflowing into the rain. Speakers included Yanis Varoufakis and Ann Petitfor. Interesting take on things. Interesting take on the level of structural issues and the limitations of retail politics to fix them. Labour may need to be a mix of structural economic change and the critical but small personal scale improvements to services that change lives immediately otherwise it cannot deliver a true transformation.

They were incredibly downhearted that the vote to move the position to Remain was lost. I did speak to say that I didn't think it was that important to remain, that we now have a clear referendum position, that we have moved on event from the European election position (referendum unless we get a good deal). I think it helped a little but not that much.