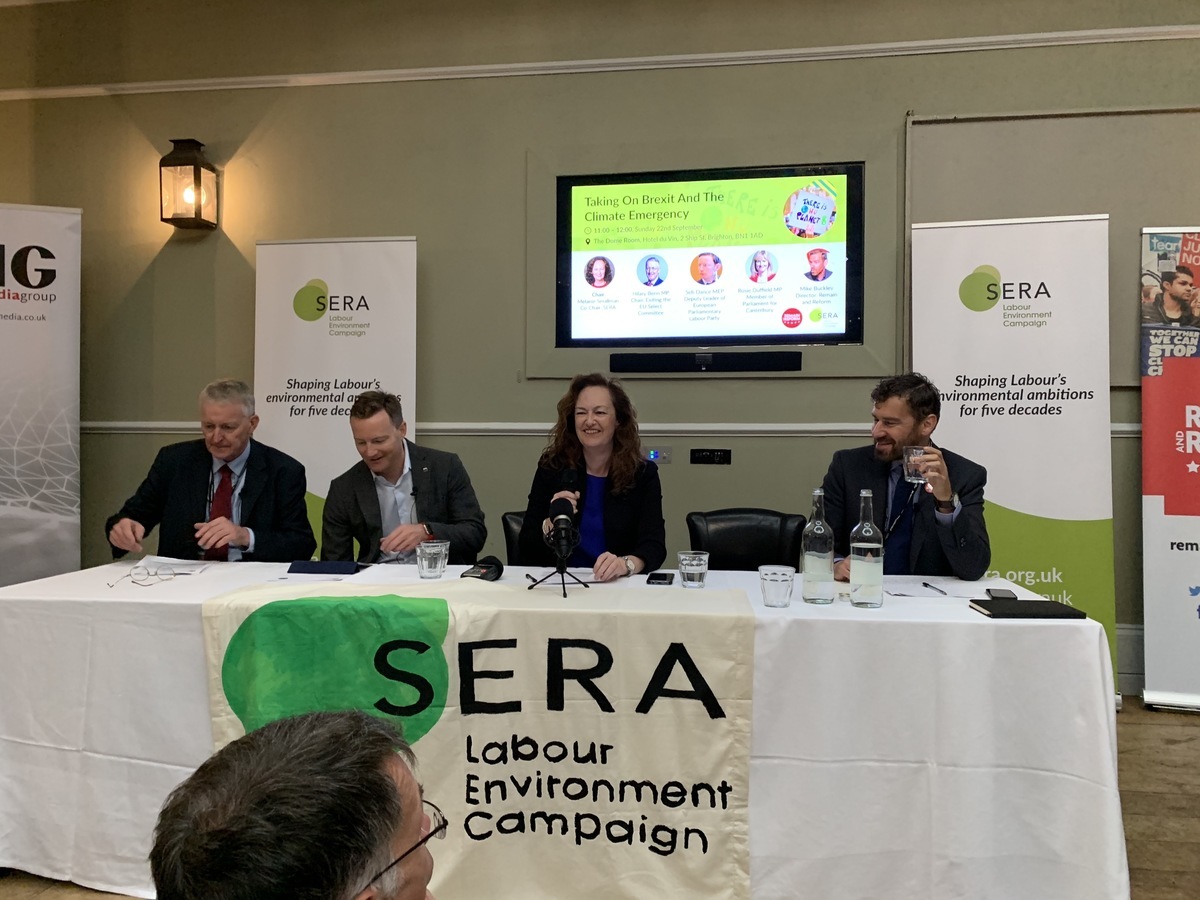 Main conference hall just in times for votes which descended into some chaos and were largely postponed to the later session. The main problem was the votes for referring back sections of the National Policy Forum Report (http://labour.org.uk/wp-content/uploads/2019/08/NPF-Report-Commission-2019.pdf). Referring back is a process where dissatisfaction with any section can be indicated and those indicating it get a minute to speak and it gets voted on. If it is referred back I think the requirement is for further consideration to be given but I don’t know if it has a big substantive effect. The main problem with the voting is that it was very hard to understand which referral the votes were about as they happened several hours later and were called just by the name of the CLP rather than giving a name or brief description of the reason for referral. Work happened to improve the process in the afternoon but there were still issues.

Most or all of these referrals also went to card votes as more hands went up for than against but they were called against due to the chair (correctly I think but we’ll find out tomorrow when we get the vote counts) recognised that the against votes included the big unions meaning that those votes counted on a bigger scale. The blocking (I suspect but still awaiting the counts) of all these motions by the unions leaves a fairly bad taste in the mouth especially when no one stood up to speak against the referrals. I think forcing the card votes is largely a small protest against the way that the issues are being blocked by the unions and it also forces into the record the vote split and that CLPs support most of them.

Found some time for some lunch, put yesterday’s report into a rushed email to members Jeremy Corbyn and Diane Abbot happened to pass each other and me in the corridor.

Main conference hall where Diane Abbot got a massively positive reception and gave a great speech (video here - on YouTube unfortunately). There were then a series of good speeches mostly from women on a range of issues including domestic violence, asylum policy and especially its effect on women.

Diane Abbot again in fringe event being interviewed by the Guardian. I probably should have gone to the Campaign Resources training session but the timings worked for this.

Back into the hall just in time for voting. Votes including those postponed from the morning. Still substantial problems making clear what exactly was being voted on but much better managed than in the morning. At the current rate of card votes we might run out of cards before the conference finishes.

Green New Deal compositing meeting. It was fairly quickly clear that the difference between the two sides was impossible to compromise on. It essentially came down to whether the motion stated a number for the target date for net-zero carbon. The closest the GMB could get to that was to accept a form of words implying 2030 if you knew the details of the ICC report and the core GND CLP group would not budge from including that. A fairly small minority of CLPs and SERA went with GMB to form a separate composite on the issue while I stayed with much bigger CLP group also including the FBU (Fire Brigades Union) and TSSA (Transport Salaried Staffs' Association) to work on that composite motion. There was also talk of a third group but I’m not sure that went ahead.

There were still several hours of work to do firstly to verify that all the text was based on motions from the remaining group, replacing or removing where necessary and also to make some substantive tweaks (opposing fracking for example). With that exception it was close to the largely agreed text and there is hope that it may be acceptable

Rebecca Long Bailey had suffer this all on her Birthday but there was joy at the end and some applause as we left from about 6 GND supporters who were waiting outside.

The fate of the motion on the conference floor is very uncertain. GMB claimed to be operating with the support of Unison and Unite although others had spoken to people and thought that they might be amenable to accepting the date. Given their dominance of the union 50% of the vote if Unite, Unison and GMB join together it would take almost unanimity amongst CLPs to carry the motion.

My main contribution to the process was yesterday when I suggested “high speed trains” to break a deadlock over HS2 (unacceptable to some, required by TSSA and supported by many). Tuesday is going to be interesting. It has certainly been an interesting experience so far.